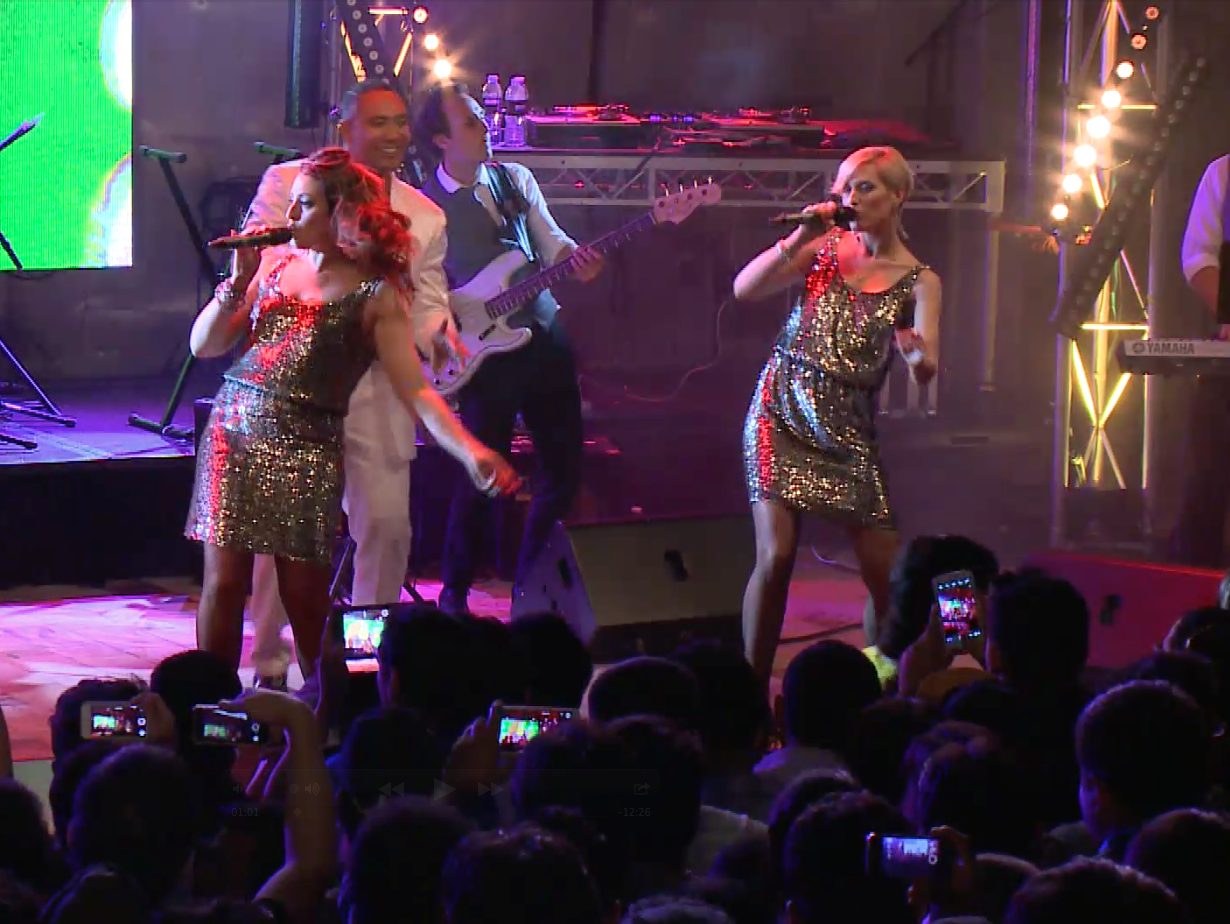 There is something amazing, unforgettable, energizing and electric performing in-front of a stunning crowd of 90,000!

Heatwave band did just that!  We performed a magical night of entertainment being the headlining act at Federation Square’s NYE celebration.  Performing under ‘Urban Spice’ we spiced it up and took the crowd to another level with pumping dance sets that took us through to the countdown and stunning fireworks display.

Heatwave’s Corporate line-up featuring Wal, Mel and Germaine on vocals and a kickin’ back-line of Drums, Bass, Keys and Guitar rocked Fed Square with hits from the 70’s, 80s, 90s up until today.

Countless hours preparing the set list, transitions, dance moves, dance medley’s with the help of the amazing Megan Ibrahim from Suitably Laced and Off the Street Hip Hop.  We felt honored to be part of such a fabulous event performing three energetic dance sets including a chilled set at the end of the night.

What was our favourite part?  Great question.  For me it was the moment mid song the audience ruptured from our performance.  I was not prepared for this and it sent a rush through me.  We loved every second!

If you would like a Melbourne band that will take your event to the next level, contact Mel today.  Melbourne Corporate band, Melbourne corporate entertainment at it’s finist.